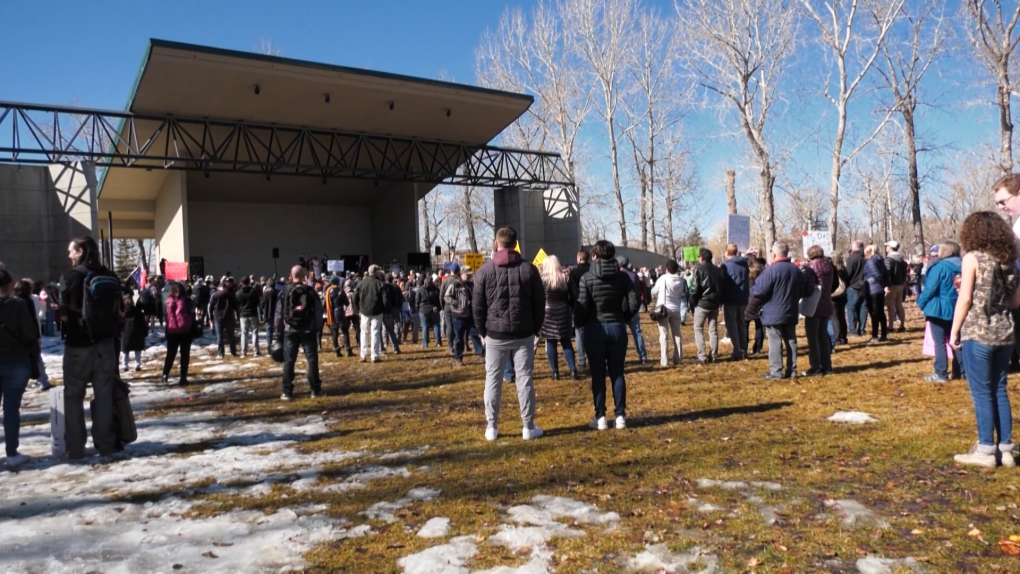 A Calgary judge has acquitted a protest organizer accused of breaking the province’s public health rules put in place to slow the spread of the COVID-19 pandemic.

Brad Carrigan had been charged under the Public Health Act with attending a private social gathering on December 20, 2020 in front of Calgary City Hall with approximately 250 attendees.

Carrigan told CTV News he organized about 50 “Walk for Freedom” protests against mask rules, mandates and restrictions – and said the constitutional right to protest was not included in the restrictions on assembly put in place by public health officials at the time of the offence.

“It was vindication in a way,” Carrigan said.

“(The ruling) made it clear that our gatherings were not unlawful gatherings and that our police departments should not have been forced to target and charge innocent Albertans and Canadians,” Carrigan said.

He also called it “a victory for freedom and for the Constitution”.

Carrigan’s attorney, Hatim Kheir, said he argued the definition of “private social gathering” did not apply to gatherings because members of the public were welcome to attend.

He adds that his client’s acquittal will set a precedent for others facing similar charges for participating in protests.

Crown prosecutor Peter Mackenzie did not say whether there were plans to launch an appeal, adding that there was a 30-day window after the judge’s decision to do so.

“The primary consideration would be whether or not the trial judge erred in law,” Mackenzie said.

Carrigan says he is still facing a ticket for violating a rule about wearing a face covering during a rally inside the CF Chinook Center.

Critics: What did critics think of the TFANA alliance?

Experts see no winners, no lessons