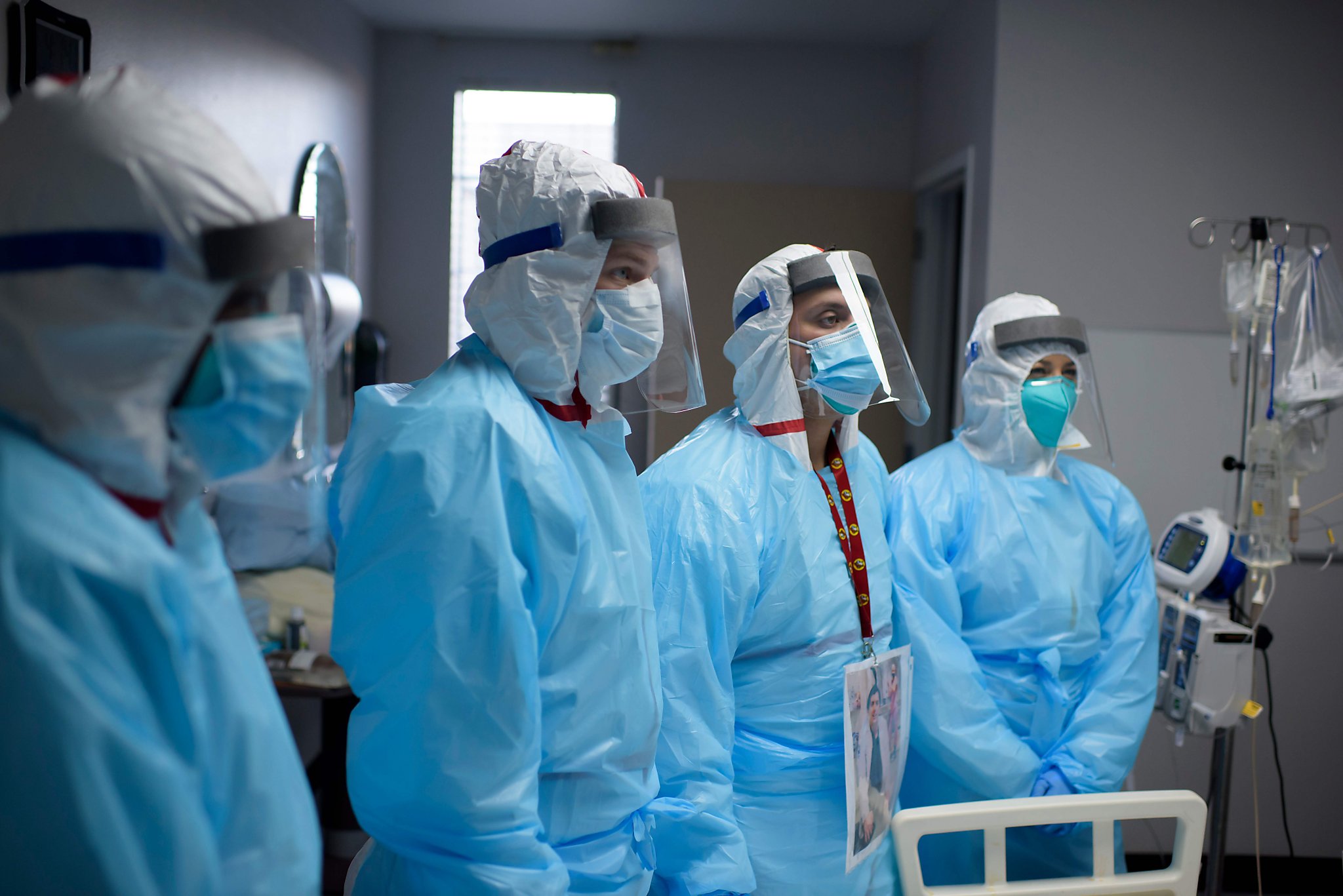 Caleb Wallace, a Texas anti-mask organizer who allegedly treated himself with the horse dewormer ivermectin, has died after contracting COVID-19. He was 30 years old and is survived by his pregnant wife and three children.

Wallace founded the anti-mandate group “The San Angelo Freedom Defenders”. Its Facebook page indicates that its goal is “to encourage [citizens] to participate actively in their duty to guarantee the rights given by God and protected by the Constitution. On July 4, Wallace hosted a so-called “Freedom Rally” for people “who are” fed up with the government controlling our lives. “

Because of his opinions, he was regularly present at San Angelo City Council meetings and local news.

â€œMy health has nothing to do with you. As harsh as it may sound, our constitutional and fundamental rights protect this. Nothing else “, Wallace said at a COVID update meeting in San Angelo in November 2020. “I’m sorry if this sounds brutal and I don’t care. I care. I care more about freedom than your personal health.”

Caleb Wallace, leader of the “San Angelo Freedom Fighters” for “Ending the Tyranny of Covid” is sedated on a ventilator. He has 3 children and a pregnant wife. He treated himself with ivermectin. Here he is in an interview: “The science is out there, and she says it’s perfectly fine to live with it.” pic.twitter.com/zCgUdwbbuC

At the end of July, Wallace was infected with the coronavirus. According to San Angelo Standard Time, he tried to cure himself with ivermectin. Ivermectin is widely available as a deworming agent for livestock, but over the past year it has become increasingly popular among fringe groups who are wary of doctors and vaccines. The FDA has repeatedly warned against self-dosing with the treatment of livestock.

“Ivermectin tablets are approved at very specific doses for certain parasitic worms, and there are topical formulations (on the skin) for head lice and skin conditions like rosacea,” The FDA says on its website. “Ivermectin is not an antiviral (a medicine to treat viruses).”

READ MORE: 21 heartbreaking stories of people regretting not having received a COVID-19 vaccine

In early August, Wallace was unconscious and needed intensive care at the hospital. His wife Jessica Wallace, who is eight months pregnant, has posted frequent updates on her condition on her GoFundMe page.

“You all have the right to feel what you feel as Caleb once fought for his beliefs,” she wrote on Friday. â€œHe was an imperfect man but he loved his family and his little girls more than anything. To those who wished him death, I am sorry that his views and opinions hurt you. ‘he comes out with a new perspective and more appreciation for life. “

On Saturday, she confirmed that her husband had passed away. “Caleb passed away peacefully,” she wrote. “He will live forever in our hearts and minds.”

Shortly before his death, Jessica Wallace spoke with San Angelo standard time. She said she believed in wearing a mask.

“Caleb was like, ‘You know the masks are not going to save you’, but he understood that I wanted to wear them,” she said. “It comforts me to know that maybe, just maybe, I’m protecting someone or I’m avoiding them myself.”