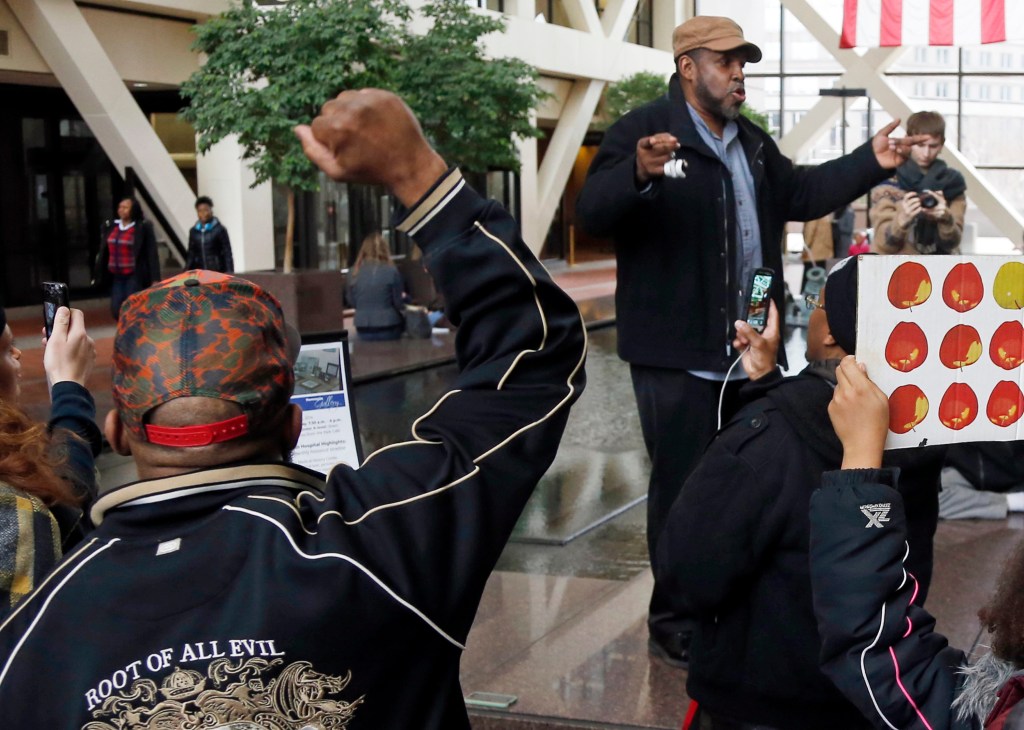 Mel Reeves, outspoken editor of the Minnesota Spokesman-Recorder and volunteer advocate and organizer for the black community, died Thursday of health complications related to COVID-19, according to the newspaper. On social media, Reeves had chronicled some of his health issues from his hospital room at Hennepin County Medical Center, where he was admitted in mid-December. He was 64 years old.

â€œStill struggling with COVIDâ€¦ I have been here for a few days now. Be safe, guys. Mask up,â€ Reeves wrote in a Dec. 20 social media post.

The Minneapolis-based spokesperson-recorder, who has focused on the Twin Cities black community for 87 years, said he will publish a memory of Reeves in an upcoming issue. It is the oldest black-owned newspaper in the state and one of the oldest family newspapers in the country. Reeves had been employed by the newspaper for just over two years, although he had been a frequent freelance contributor before that, and also served on staff in the mid-1990s, editor Jerry Freeman said.

Years before Black Lives Matter existed as a formal organization, Reeves, who described himself in a professional profile as an â€œactivist, commentator, organizer, social justice educator, public speaker,â€ was often seen at media outlets. community voices, megaphones in hand, trying to keep protests against police killings of unarmed black men organized and peaceful.

He is a man with a deep and bold commitment to activism and journalism. I can’t explain how much I respect him. I will always be grateful for the time we spent working together and the trust he had in me. Condolences to his family, his friends and the people of MSR. https://t.co/tFNA8eC6PO

â€œHe always encouraged me to write,â€ said Nekima Levy Armstrong, civil rights lawyer and racial justice advocate. â€œHe would cover press conferences as a journalist, then go to the other side of the camera and speak truth to power as an activist. He was one of the few people who could do that. Sometimes he was part of the story in his public calls for accountability.

During a panel discussion with University of Minnesota students last November, Reeves told the audience that he approaches journalism with advocacy in mind and avoids neutrality.

During the murder trial last year of former Minneapolis police officer Derek Chauvin, who was ultimately convicted of killing Floyd, the paper focused on topics where mainstream media had no neither the time nor the appetite, Reeves said, as why a young black man was fired. of the group of jurors.

â€œHe was the perfect man to have around during the whole Chauvin trial,â€ Freeman said. “He started running when that happened, and that helped our newspaper stay on top.”

“Mel, you always said what you thought and you were never afraid to tell me what was really going on and what we needed to do to improve it,” Star Tribune reporter Nicole Norfleet wrote. president of TCBJ, on social networks. â€œIt really hurts that you left. Thank you for all you have done for the community. Rest in power.

In an interview, Norfleet said the chapter recognized Reeves’ commitment to the journalism craft in late September with its inaugural “Keeping Them Honest” award.

“Mel was always really passionate about the black community and he wore a lot of different hats,” she said. “One day I’d meet him, and he’d be on a microphone protest organizing the crowd and talking to the mothers of young men killed by the police, and other days he was wearing his journalist hat and he was talking about mentoring students. .”

Reeves walked a line between activism and journalism, Norfleet said.

â€œThere were times when we maybe bumped our heads. He never hesitated to tell me “the Star Tribune is doing something wrong”, but I considered him a friend. He didn’t mince words, and I will miss that, and the community will miss having an advocate,â€ she said.

Reeves’ death wasn’t the first COVID-related tragedy to befall the spokesperson-recorder’s small newsroom. In late 2020, publisher Tracey Williams-Dillard – granddaughter of the paper’s founding editor – lost her husband, Robert Dillard, to COVID-19. His death forced Reeves to take on a bigger role in the business.

“The black community of Twin Cities owes Robert a debt of gratitude, for when the MSR struggled, he worked two jobs to ensure that Williams-Dillard was able to keep the newspaper’s doors open by refusing himself a salary,â€ Reeves wrote, in a Jan. 8, 2021, reminiscence.

In late December, Reeves told WCCO-TV that he had not been vaccinated against COVID-19 because he was suffering from blood clots and he did not know which vaccine would be appropriate. After being hospitalized, doctors determined he could take the Moderna vaccine.

“People should get vaccinated,” he told WCCO from his hospital bed.

He is survived by his son, daughter-in-law and five grandsons. Contributions to his funeral and final arrangements can be made online here.