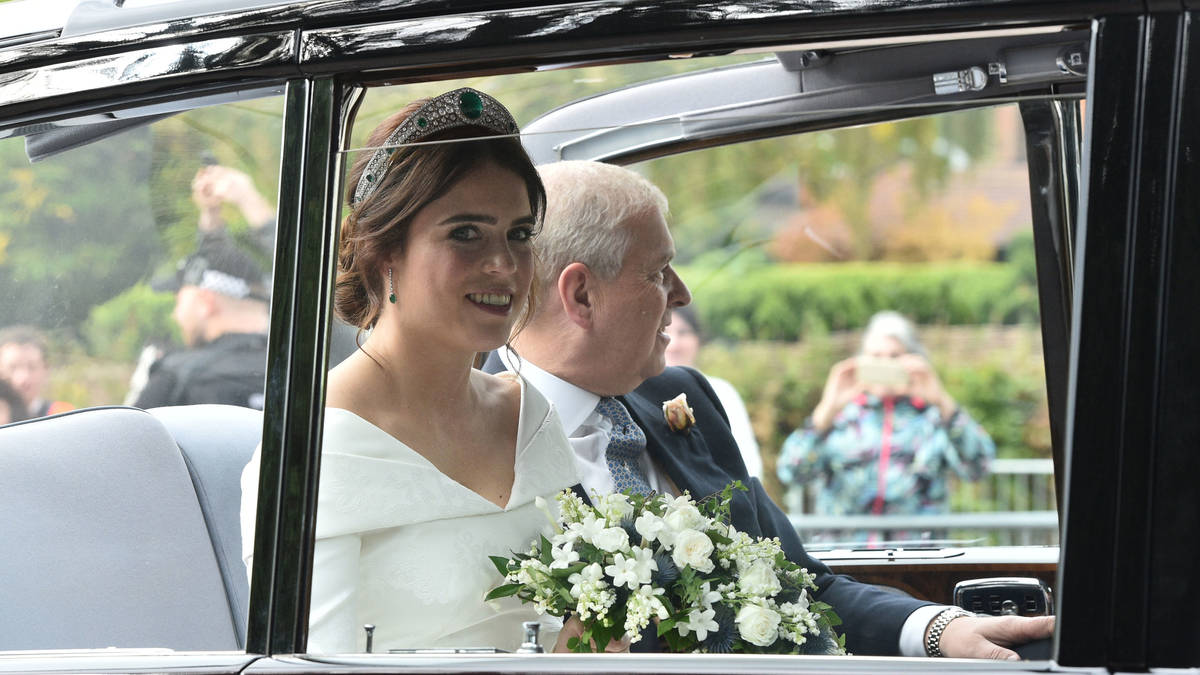 Experience all the music from Princess Eugenie and Jack Brooksbank’s wedding ceremony, which took place last Friday at St George’s Chapel in Windsor

The royal couple married on Friday October 12 at the same church where the Duke and Duchess of Sussex celebrated their wedding earlier this year.

Like Prince Harry and Meghan Markle, Princess Eugenie and Jack Brooksbank have included traditional musical elements in their service, while giving the service their personal touch.

Read more: What music was played at Prince Harry and Meghan Markle’s wedding?

March from A Moorside Suite – Holst

Allegretto by Serenade for strings – Elgar

The arrival of the bride

‘Ave Maria’ by JS Bach, arranged by Gounod, with RPO and conducted by Carlo Bernini. Learn more about this piece>

‘Panis Angelicus’ by Franck. Learn more about this piece>

The procession of the bride and groom

Organ Sonata No.3 in A major – Mendelssohn

As the choir and clergy arrive, Peter Roper-Curzon plays:

What will the hymns be?

St George’s Chapel Music Director James Vivian has written new descents for two of the hymns that will be performed at the ceremony:

James Vivian also directed the music during the wedding service for the Duke and Duchess of Sussex while the choir was made up of 23 male choristers and 12 lay clerics.

Who are the musicians?

Music will be provided by members of the Royal Philharmonic Orchestra – the princess’s father, the Duke of York, is the patron of the orchestra. The conductors are Carlo Bernini and Barry Wordsworth. James Williams, Managing Director of RPO, said in a press release: â€œIt has been a great pleasure working with HRH Princess Eugenie and Mr. Jack Brooksbank to plan the music for their special day and we wish the couple the best of luck. for their future together. . “

The organ will be played by Luke Bond, Assistant Director of Music at St George’s Chapel in Windsor.

There will also be a specially composed marching band performed by the State Trumpets of the Domestic Cavalry Marching Band – who recently performed in their superb badges at Classic FM Live.

Pipes from the 2nd Battalion, The Royal Regiment of Scotland will perform from the Garter Tower as the royal couple set off in horse-drawn carriages after the ceremony.

Military involvement in the ceremony has a personal connection to Jack Brooksbank, whose great-grandfather, Sir Jack Coke, was an officer in the Scots Guards.

How can you watch the wedding?

The Royal Wedding will be broadcast live on ITV as part of an extended edition of This morning, Friday October 12 from 9.25 a.m.