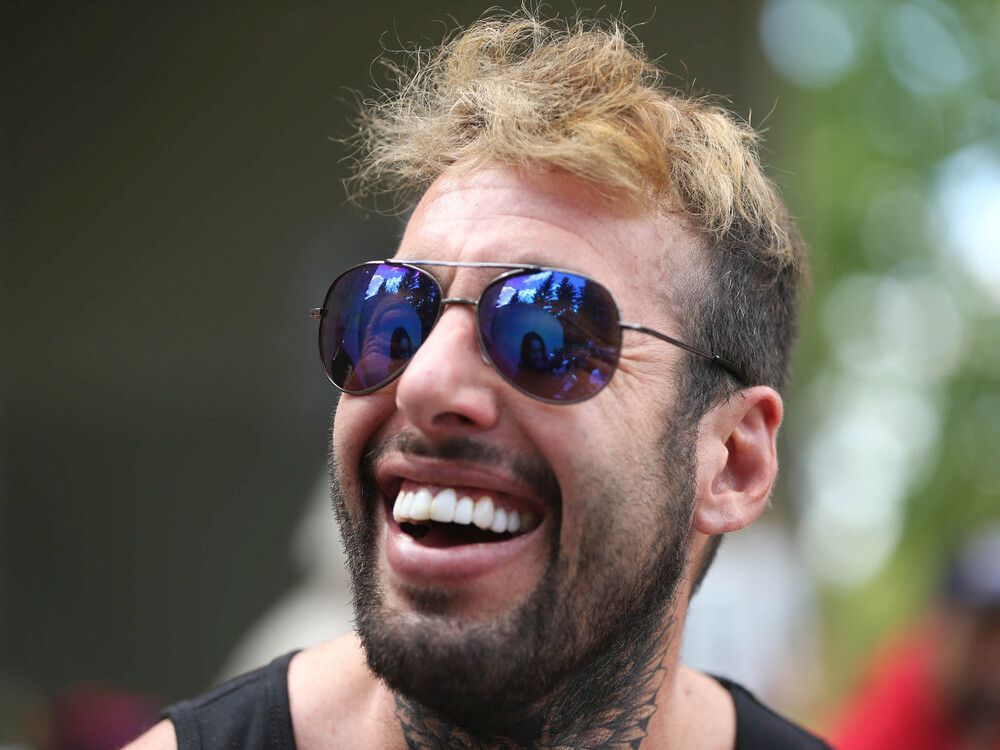 The main organizer of the “Rolling Thunder” events this weekend in Ottawa is distancing itself from a rally on Parliament Hill featuring famous anti-mask activist and conspiracy theorist Chris Sky.

Sky, whose real name is Chris Saccoccia, appeared at rallies across Canada to protest COVID-19 public health measures. He has been arrested several times, including for making death threats and assaulting a police officer with a car after a man allegedly threatened to shoot Doug Ford and other prime ministers.

‘Rolling Thunder’ organizer Neil Sheard said in a video posted Wednesday that he had nothing to do with the rally featuring ‘special guest’ Sky, which is listed on the ‘Rolling Thunder’ website. Thunder” as a scheduled Saturday afternoon event on Parliament Hill.

Sheard came up with the idea for “Rolling Thunder” and identified himself as the leader.

In the video, he said he was only involved in weekend veteran events, including a motorcycle ride and ceremony on Saturday at the National War Memorial.

The rally featuring Sky is sponsored by Freedom Fighters Canada, Sheard said. This is the group that Sheard says helps organize “Rolling Thunder”.

“(Sky’s speech) is not affiliated with ‘Rolling Thunder’ as in ‘Rolling Thunder’ our event,” Sheard said in the video. “So let’s be clear, okay? Our event is centered on the monument, on the veterans, on the bicycles.

Sheard also said he believes in freedom of speech. Veterans are “putting their lives on the line” for free speech, he said.

Sky has been identified by the Canadian Anti-Hate Network for making statements reflecting anti-Semitism, Holocaust denial, and racist and homophobic views.

“Rolling Thunder” is unfolding in a similar fashion to the “Freedom Convoy” trucker protests that occupied downtown Ottawa for three weeks in January and February. Several groups and individuals are involved, embracing various ideas.

The motorcyclists had planned to pass the National War Memorial as part of the ceremony, but that does not appear to be happening.

Ottawa police and the city have announced that no vehicles will be allowed downtown near the memorial and Parliament Hill.

It is unclear which route motorcyclists will take.

Acting Ottawa Police Chief Steve Bell said Wednesday he was trying to find the safest and least intrusive way to move bikers around the city. “A disorganized and disorganized group of bikers in different groups wandering around the city would be more problematic and difficult for us,” he told the city council.

“Rolling Thunder” hasn’t received anything in writing from the Ottawa Police Service about the route, according to a video posted Tuesday by Live from the Shed, which is a co-sponsor and promoter of the events.

It likely won’t be settled until Saturday morning, said a man identified as Dave in the video.

“In reality, probably nobody will know until Saturday when it will actually happen, when the bikes will roll. Will the police let them pass? Or will they (the police) try to incite violence? I don’t know, but all I can do is encourage all of you who are leaving, go in peace, go in love, wave your flags…”

Sign up to receive daily news from Ottawa Citizen, a division of Postmedia Network Inc.

Thank you for your registration!

A welcome email is on the way. If you don’t see it, please check your spam folder.

The next issue of Ottawa Citizen Headline News will soon be in your inbox.

We encountered a problem during your registration. Try Again