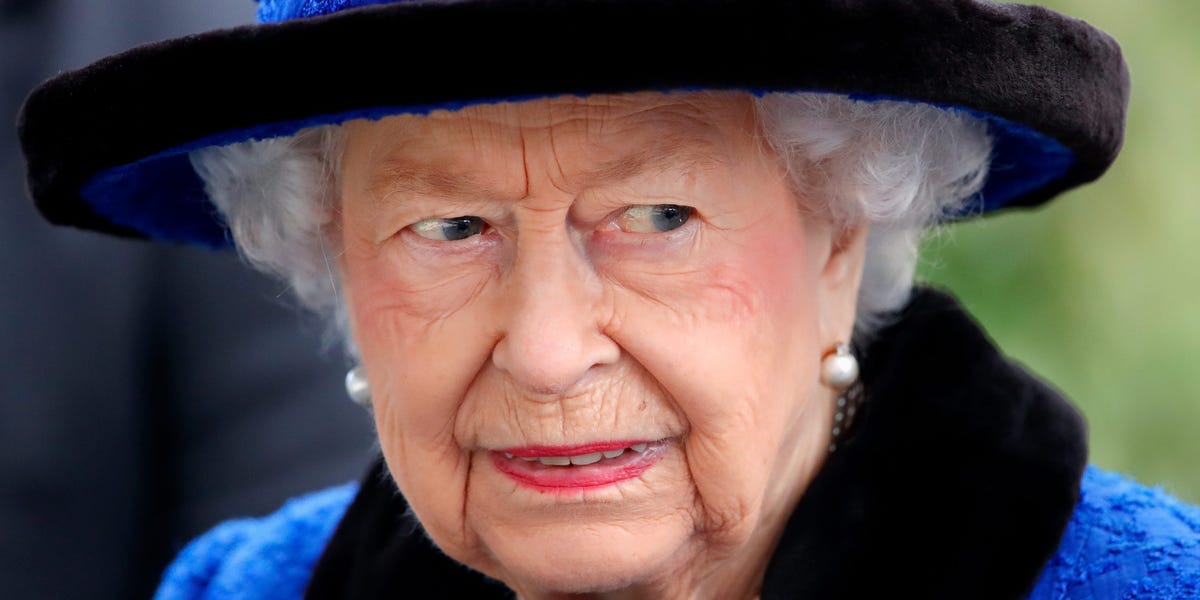 October has been a busy month for Queen Elizabeth II.

The 95-year-old monarch planted trees with Prince Charles at Balmoral, marked the opening of the Scottish Parliament, welcomed the Canadian military to Windsor Castle and witnessed the first major event at Buckingham Palace since the start of the pandemic, Sky News reports.

And that was just in the first week.

Speaking to Insider’s Mikhaila Friel, the Queen’s former bagpiper Scott Methven said he was surprised at “how hard everyone expects the Queen to work given his age”.

Some royal experts believe the monarch may be overworked and her busy schedule could be part of the reason she stepped down from some of her royal engagements this month. The Queen canceled a visit to Northern Ireland on October 18 on medical advice and spent a night in hospital for preliminary medical checks before returning to Windsor Castle. On Tuesday, the palace said she would not attend a climate change conference in Scotland in accordance with advice to rest.

The Queen has had an active schedule throughout her 69-year reign, and she hasn’t slowed down much in recent years.

The year before her 90th birthday, the Queen made 341 engagements – more than Prince William, Kate Middleton and Prince Harry combined, according to a 2016 report from The Telegraph. And in April 2021, four days after the death of her husband, Prince Philip, she was back at work hosting a retirement ceremony at Windsor Castle for one of her top aides.

At the end of April, a source close to the royal family told The Sun that the Prince of Wales would play “a bigger and more active role” in supporting the Queen after Philip’s death. And following the Queen’s recent hospitalization, The Telegraph reported that at least one senior royal will accompany the monarch on all future public engagements.

The publication added that Prince Edward would increasingly accompany him on his engagements as Prince Charles and Princess Anne undertake investitures, presenting honorary awards to individuals. Prince William would do a more “practical” job behind the palace gates, reports the Telegraph, including managing several royal estates alongside his father.

Some royal experts believe the Queen’s staff are adding more commitments to their workload.

“I’m sure the Royal Family are very aware of this, but sometimes people try to slip something more here and a little more there and she will always say yes”, Hugo Vickers, royal historian and author of “The Crown Dissected” “Insider said. “She very rarely says no.”

Vickers, who said he helped plan the last three jubilee celebrations, told The Times of London on October 21 that he believes royal assistants aren’t always as “thoughtful” as they should be when they take care not to “overload” it.

He said the Queen did better when she stayed at Sandringham and Balmoral, as opposed to Buckingham Palace in London, as “she is a bit at the mercy of her staff” adding to her schedule.

He added that “she is very reluctant to say no because she doesn’t like to disappoint people.”

It is unclear how much control royal assistants have over the Queen’s calendar, but it’s an issue Prince Harry addressed during his Oprah Winfrey interview with Meghan Markle in March 2021.

He recalled a case where the couple were due to meet the Queen after stepping down from royal duties. Harry told Winfrey the Queen’s private secretary contacted them at the last minute to cancel, saying his grandmother was now “busy all week”.

When Winfrey asked him why he hadn’t asked to postpone, Harry replied, â€œWhen you’re running the business, there are people around you who give you advice. also made it really sad is that some of this advice was really bad. “

Still, experts say the queen has the final say

Despite the involvement of her staff in her schedule, the Queen would make her own decisions regarding her engagements.

An old page – The Pages are known as some of the Queen’s “closest royal servants,” according to The Lady Magazine – previously told the Daily Mail that although the Queen’s office appears “crowded” to the untrained eye , the monarch will know if staff members move anything without his permission.

In an email to Insider, royal author Robert Jobson said that as head of state and a person with a lifetime of experience in public service, the Queen ultimately has the final say when he it is about accepting commitments.

“Courts and medical staff can advise, only Her Majesty decides what to do,” Jobson said. “She has done her whole life and will continue to do so as long as she can.”

Vickers agreed, adding that the Queen is still “perfectly capable” of saying if she doesn’t want to go ahead with an engagement. â€œI guess she does it every now and then, but we wouldn’t know,â€ he said.