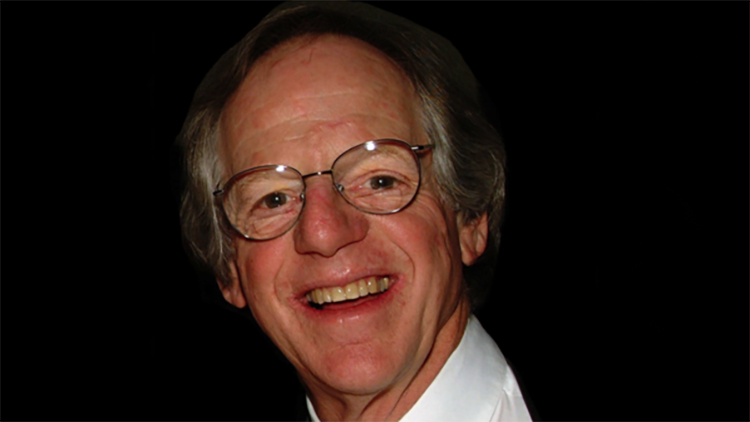 Ken Kragen, a prolific manager and producer in entertainment and a central organizer behind the 1985 charity single “We Are the World,” died Tuesday of natural causes at his home in Brentwood, Calif. He was 85 years old.

Kragen’s death was confirmed at Variety by his spokesperson and friend Cheryl J. Kagan.

“While I am of course immensely proud of all he has accomplished professionally, he has also been the best father to me I could have ever asked for,” Ken Kragen’s daughter, Emma Kragen, said in a statement. communicated.

Kragen was born in Alameda, California on November 24, 1936. Kragen graduated from Harvard Business School before embarking on a career in film, television and music.

One of Kragen’s key early ventures was the management company Kragen-Fritz which he started with his business partner Ken Fritz in the 1960s. For more than five years they worked together as co-managers from the “Smothers Brothers Comedy Hour”, as well as the “Glen Campbell Good Time Hour”, both on CBS. In addition to the Smothers, their clients included Kenny Rogers and The First Edition, Pat Paulson and Mason Williams. Together they also produced (with Tom Smothers and Michael Butler) “Hair” at the Aquarius Theater in Hollywood. They also co-wrote the book “How to Produce a Successful College Gig”, which was published by Billboard Magazine.

During his decades of work in the entertainment industry, Kragen has also managed artists such as Kenny Rogers, Lionel Richie, The Bee Gees, Olivia Newton-John, Burt Reynolds, The Smothers Brothers and Trisha Yearwood.

Kragen was instrumental in organizing the talent behind the 1985 song “We Are the World”, the landmark charity single intended to raise money for famine relief in Africa. Kragen was a dedicated humanitarian, also contributing to initiatives such as “Hands Across America” ​​and NetAid. Kragen received the United Nations Peace Medal for his contributions to “We Are the World” and “Hands Across America.” Kragen has also served on charitable boards such as the Mr. Hollands Opus Foundation, Community in School and USA for Africa.

Kragen was also a frequent producer of film and television projects, including Kenny Rogers’ “Gambler” film series and the 2004 feature film “The 12 Christmas Dogs,” adapted from the children’s book of the same name by his daughter Emma. Kragen also produced part of Bill Clinton’s 1992 presidential inauguration.

Over the course of his career, Kragen has received multiple Emmy Award nominations, two MTV awards, an American Music Award, and a Manager of the Year award from the Conference of Professional Managers. He was elected president of the Country Music Association and the Academy of Country Music, the only person ever elected to head both organizations.

Kragen is survived by his wife of 43 years Cathy Worthington, his daughter Emma, ​​his sister Robin Merritt and his son-in-law Zach Marion. The Ken Kragen Memorial Foundation is currently being established and will later be accepting donations to charitable causes over the coming months.