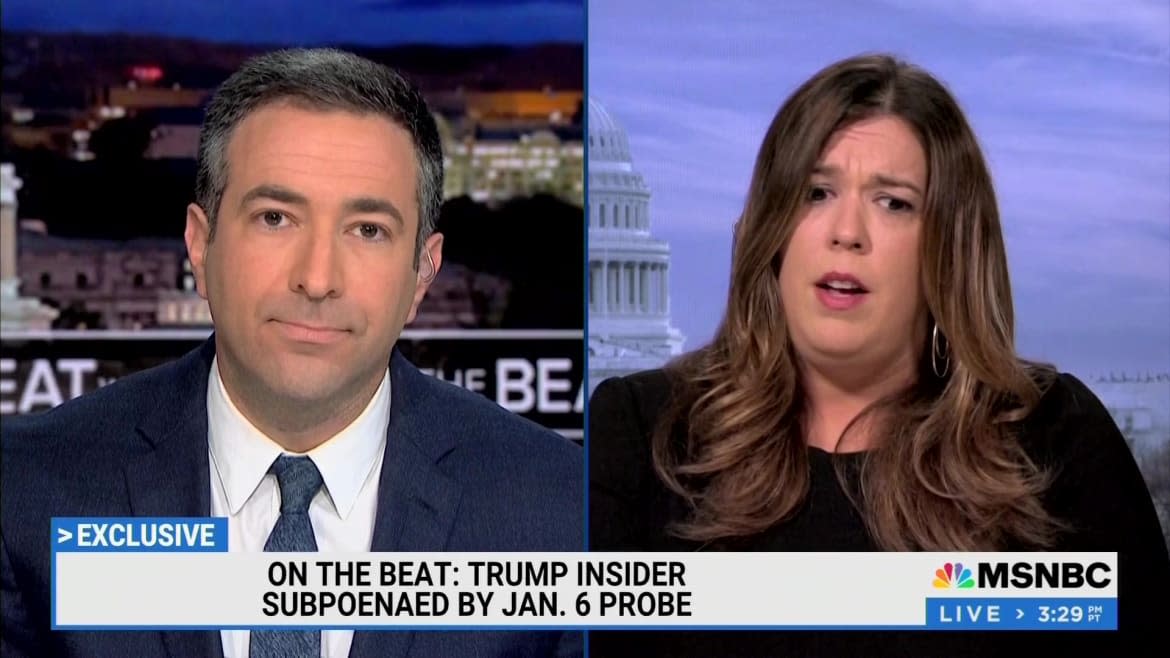 An organizer of the Stop the Steal rally that preceded the deadly Capitol insurgency said Thursday she felt “terrible” for Ginni Thomas, the wife of Supreme Court Justice Clarence Thomas and a right-wing activist who urged Republican lawmakers and the White House to overturn the 2020 election.

Caroline Wren, the former national finance adviser for Donald Trump’s campaign, also claimed she has never met Thomas, who she says is embarrassed by Congress.

“Have you or your fellow organizers had any contact with her? MSNBC’s Ari Melber asked.

“No, it was funny. I never had the opportunity to meet Ginni. I never spoke to her, but I feel bad for her,” Wren said. “She is a simple citizen. She has every right to hold her own beliefs, and I have a very big problem with Congress taking private messages from individuals and selectively releasing them to embarrass and humiliate people on national television.

The House Jan. 6 committee is seeking to question Thomas about his communications regarding the 2020 election. Thomas, whom Wren called a “tremendous, strong, and passionate leader,” admitted to attending the Jan. 6 rally.

The newscast appearance of Wren, who the Jan. 6 committee has subpoenaed, comes shortly after a report that the Department of Justice’s Jan. 6 investigation now focuses not just on rally attendees, but also on rally planners like her and those closely tied to Trump.

Later in the interview, Wren refused to criticize Trump for telling his supporters on Jan. 6 to march to the Capitol building. “I don’t believe one led to the other,” she said.

Moreover, when Melber cited estimates that 2,000 of the 10,000 rally attendees violated the Capitol, Wren insisted that the total number of rally attendees was “far, far more” — a comment reminiscent of the false claims by the Trump administration regarding attendance at Inauguration Day in 2017.

Get the Daily Beast’s biggest scoops and scandals straight to your inbox. Register now.