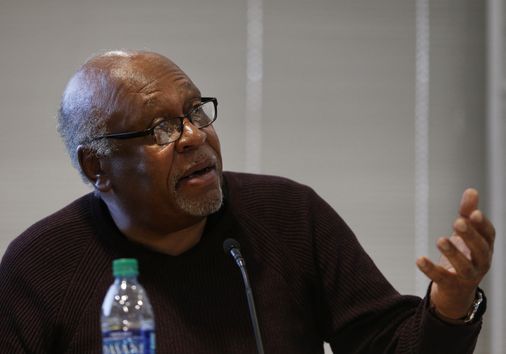 The level of thoughtfulness, well-targeted profanity, and sheer fun in Boston politics is about to take a substantial hit: Horace Small leaves town and retires to Paris.

If you’re not sure who Small is, you should be, because he’s been Boston’s most dynamic and creative community organizer for the past 20 years. As Executive Director of the Union of Minority Neighborhoods, Small has been in the middle of one campaign or crusade after another, from affirmative action to CORI reform to cannabis fairness. .

Small, who is 68, has accomplished the unusual task of becoming an effective political organizer without being born in Boston. A native of Philadelphia, he left behind a brilliant career as an organizer in his hometown when he moved here at the behest of his wife, Sue Karant.

â€œIn our work, social justice is a way of life, it’s not a job,â€ Small said recently. â€œYou’re just trying to figure out how to fit in. “

Small fell into activism early on. A teenager in Philadelphia in the early 1970s, he fell out with a group of peers protesting the Vietnam War. During his first steps in the resistance, he encountered one of his lasting influences – Cesar Chavez, the legendary leader of the United Farm Workers.

â€œThe thing he always talked about was that in your organization you have to maintain your humility,â€ Small said. â€œWhat I didn’t realize until I got to know him better is that he was really a good Catholic. And he really took to heart the teachings of Christ and the beatitudes.

The lesson is that successful organization comes from deep within.

When he started working in Boston, Small quickly became aware of a major problem he would not have guessed. Hundreds of thousands of Massachusetts residents were working under the weight of criminal records that made it difficult – often impossible – to find work or housing.

People had talked for years about the importance of tackling the state’s then strict criminal record laws. But Small made it a real campaign.

First, the city has changed its policies to cause companies doing business with the city to stop systematically screening ex-offenders when hiring. A similar battle at the State House took years longer to win, but the activists and their allies ultimately prevailed.

One of the keys, Small said, was recognizing that this was an issue that transcended racial boundaries. He built an effective popular movement that brought together people often separated by traditional political lines.

â€œIt didn’t take a scientist to figure out that there were a lot of whites walking around with CORIs,â€ Small said, â€œand that if we could bring whites into the conversation, we could win.â€

Small is good at sharing credit, so isn’t shy to point out another great organizer who helped him quickly learn to navigate Boston: former city councilor Chuck Turner. Kindred spirits, they were inseparable for years, constantly planning and strategizing.

Being an outsider has had its advantages. Small has never shied away from criticizing the city’s black political establishment, which he sees as too committed to maintaining his own power.

But he left his most lasting mark by constantly training and mentoring a generation of left-wing activists who have and will make a mark in the city: Andrea Campbell, Aaron Tanaka, Joshua McFadden, Darrin Howell and Small’s successor to the city. UMN head Matt Parker. – to only cite a few.

Some of these names are probably familiar to you and some are not. But these are the people who run for office and move on to other leadership positions in the city and they will be a real legacy for Small.

For Horace and Sue, moving abroad has been a long-standing goal. They’ll finally get there later this month.

He leaves Boston feeling at peace.

â€œWe deliberately go into this job knowing that we have 35 to 40 years of age to make a difference, and then we turn it around,â€ Small told me. â€œNow it’s time for me to turn it over. “

Adrian Walker is a columnist for The Globe. He can be contacted at [email protected] Follow him on twitter @Adrian_Walker.