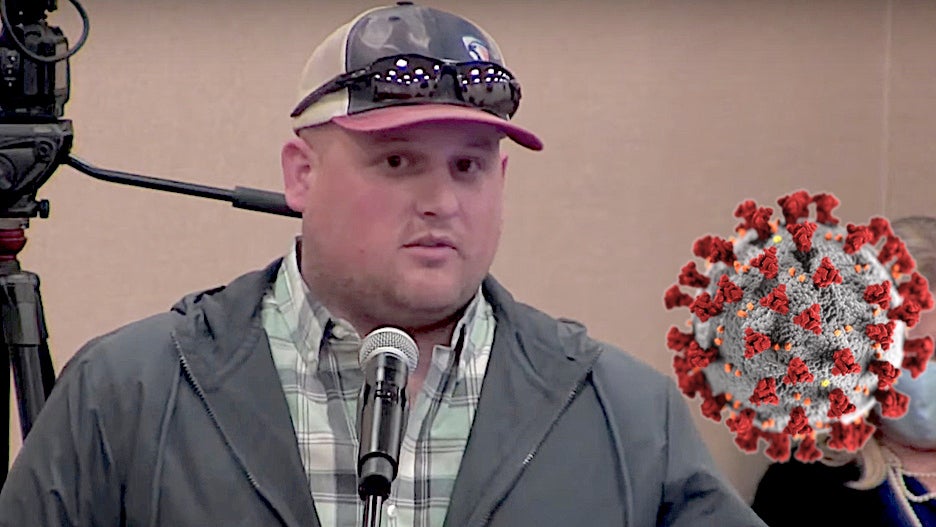 Caleb Wallace, a man from Texas who helped organize the “Freedom Rally” and other major protests against pandemic restrictions, has died of COVID-19. He was 30 years old.

His wife, Jessica Wallace, who is pregnant with the couple’s fourth child, announced his death on the GoFundMe Saturday page.

â€œCaleb passed away peacefully,â€ she wrote. â€œHe will live on in our hearts and minds forever. “

Wallace battled the virus for weeks in intensive care, according to the San Angelo Normal Hours. He had been “unconscious, ventilated and heavily sedated” since August 8. His wife said he started experiencing symptoms on July 26 and wrote on the GoFundMe page that he had been in the hospital since July 30.

Jessica told The Standard-Times that her husband initially refused to be tested for COVID and instead turned to unproven home remedies to fight the virus, including high doses of vitamin C, zinc, aspirin and ivermectin – a treatment for parasitic worms for animals that is not approved by the FDA.

The administration urged people not to use it to treat COVID-19, writing that it is not an antiviral medicine and that taking large doses “is dangerous and can cause serious harm”.

â€œHe was so stubborn,â€ Jessica Wallace told The Standard-Times. â€œHe didn’t want to see a doctor because he didn’t want to be part of the statistics with the COVID tests. “

Caleb Wallace had been a vocal opponent of the restrictions and pandemic mandates, appearing in interviews criticizing school closures and mask policies as well as organizing a “rally for freedom” on July 4 l last year to protest government restrictions. He also founded “The San Angelo Freedom Defenders”, a group that held a separate rally last year to “end the tyranny of COVID.”

For Jessica, whose opinions about the masks differed from her husband’s, Caleb’s diagnosis made it possible to realize that the virus “does not discriminate.”

“I’m from the border town of Del Rio and my views are less conservative,” she told The Standard-Times. â€œI am not a liberal. I’m standing somewhere in the middleâ€¦ Caleb was like, ‘You know the masks aren’t going to save you,’ but he understood that I wanted to wear them. It comforts me to know that maybe, just maybe, I’m protecting someone or I’m avoiding them myself.

She also added that “whether he was a die-hard conservative or not, he was an incredible man.”