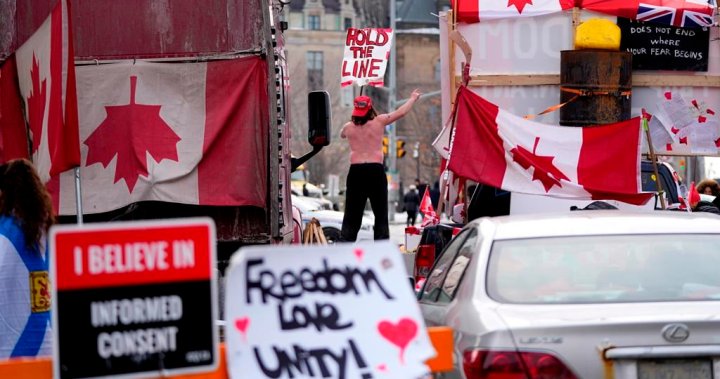 A key figure in the “freedom convoy” that blocked downtown Ottawa earlier this year to protest COVID-19 restrictions is still looking for lawyers to represent him at trial.

Pat King, who has been in custody since his arrest on February 18, told a virtual hearing today in an Ontario court that he is “currently looking for lawyers”.

Crown attorney Moiz Karimjee says he is concerned about the length of time King has taken to get lawyers on file.

King has said in previous court appearances that it was difficult to contact a lawyer while in custody.

He also says he has two new lawyers to represent him at his bail review, although neither of them appeared today.

King, who faces 10 charges related to his alleged role in organizing protests in Ottawa, including mischief, intimidation, obstructing police and disobeying a court order, is due back in court later this month. this.

2:05
The organizers of the convoy face long prison sentences