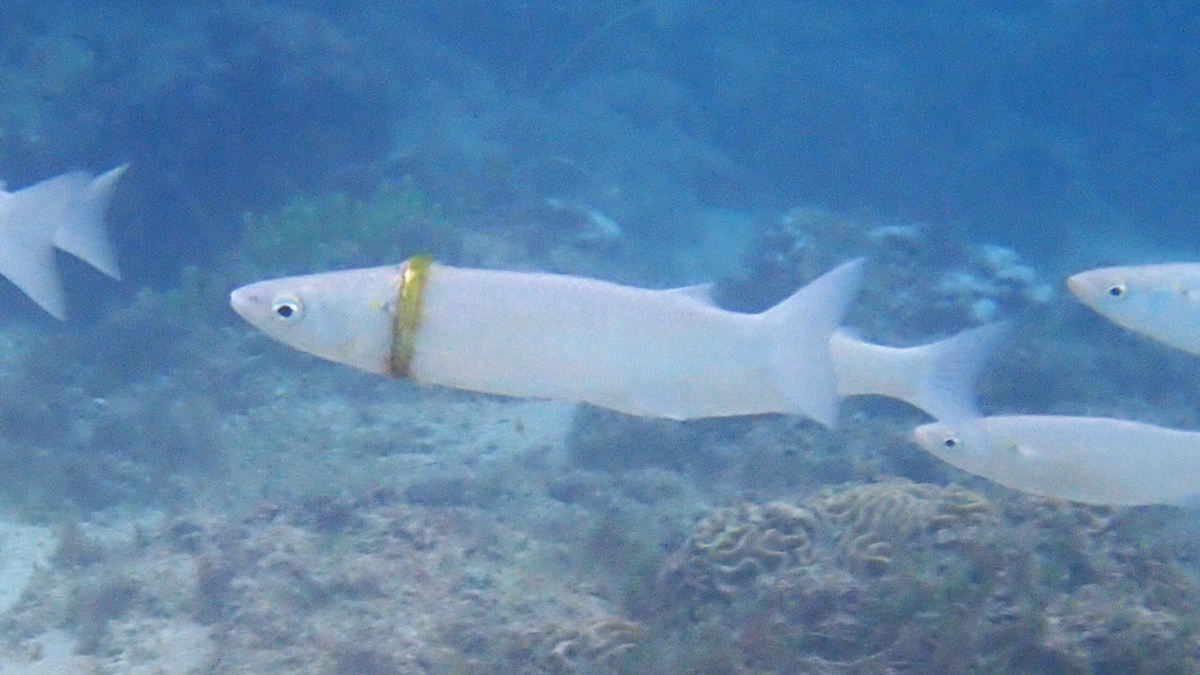 Have you seen this fish?

It’s the ocean equivalent of a needle in a haystack, but finding it could save a Queensland man $1,000 – and the loss of great sentimental value.

Without forgetting to give a second life to the fish.

Susan Prior, a woman from Norfolk Island, was snorkeling in Emily’s Bay on Monday when she spotted a sight she didn’t want to see – a mullet fish surrounded by a ring.

It was a disturbing discovery after she made similar discoveries – fish caught in plastic rings – earlier in the year.

However, something was different about the fish she saw this week.

“I saw another mullet with a ring collar, but this one looked shiny metallic gold, with much less algae growth than the plastic ones,” she wrote on her blog, Norfolk Island’s Reef.

Prior’s mind flashed back to a post she had seen on a Facebook community page earlier this year about a man vacationing on the island who had lost his wedding ring in Emily Bay during the period. of Christmas.

“Decided to see if I could find the potential owner,” she wrote.

“It didn’t take long for my suspicions to be confirmed.

“We now have a poor mule weighed down by someone’s (expensive) gold wedding ring.”

The owner is Nathan Reeves, a Gold Coast man who had visited relatives on the island.

Efforts are being made by his friends, who are Norfolk Islanders, to find the fish, Prior told 7NEWS.com.au.

She said she highlighted the discovery to raise awareness of the impact of the litter on marine life.

“Mules sniff around in the sand for food, which makes it easy for a ring or tie to flip on their nose and get stuck,” she said.

“Always trying to find the positives in any given situation, I see this as an incentive to encourage someone to relieve the poor fish of their disability.

“If the ring had been boring plastic, that incentive wouldn’t exist.”

Never lose your keys again with this organizer with integrated Tile