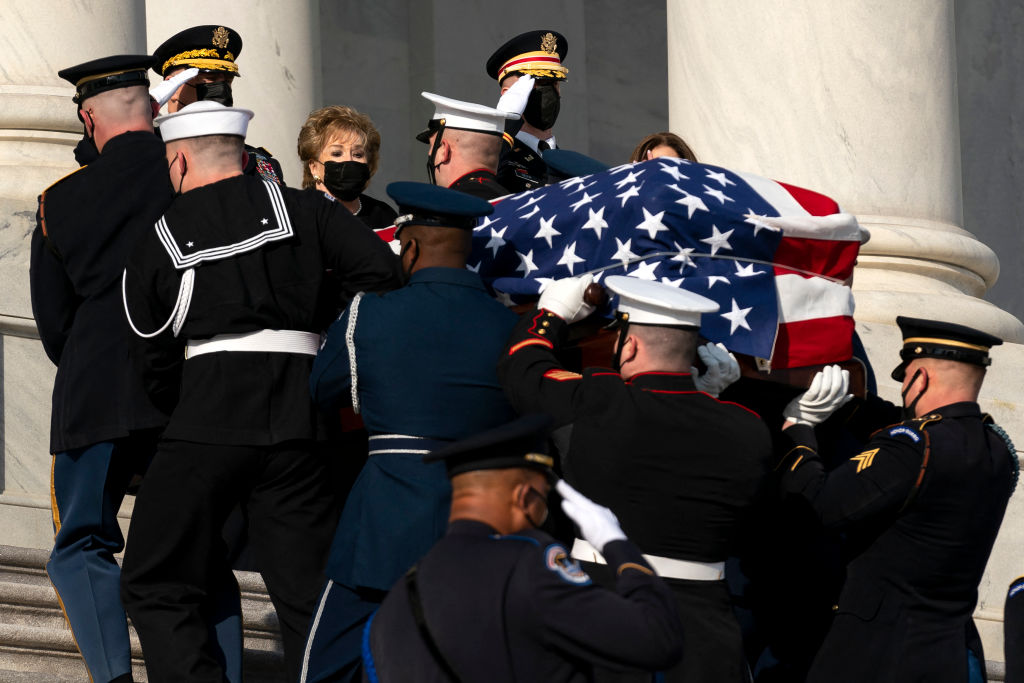 (NEXSTAR) – An event planner assisting with memorial events for the late Senator Bob Dole has been relieved of his duties due to his alleged involvement in events surrounding the Jan. 6 insurrection on Capitol Hill, the Elizabeth Dole Foundation has confirmed.

Tim Unes, who previously worked for Dole during the senator’s 1996 presidential bid, was fired on Wednesday.

“Tim Unes served as an advanced aide to the late Senator Bob Dole’s presidential campaign in 1996,” Steven Schwab, Dole family spokesman and CEO of the Elizabeth Dole Foundation, said in a statement shared with Nexstar.

“Along with an extensive network of former employees, Mr. Unes volunteered his time to be part of the advance team for this week’s memorial events honoring Senator Dole. Yesterday, I informed Senator Elizabeth Dole of Mr. Unes’ alleged involvement in the events of January 6, 2021. Senator Dole was previously unaware of his involvement and terminated his volunteer role.

Unes, currently president of an event planning company called Event Strategies, Inc., was one of 11 event planners and rally organizers subpoenaed in late September by the state House of Representatives select committee. United, Reuters reported at the time. Specifically, the select committee was investigating UNES’ alleged involvement as the “steward” of a rally held on the Ellipse just south of the White House, where then-President Trump s addressed his supporters on January 6, shortly before the attack on the United States. Capitol.

As described on his company’s website, Unes also “produced Donald Trump’s campaign announcement tour and helped the campaign establish its division and standards of operations” in 2015, before eventually joining the campaign in 2016. “While there, he worked on Trump events and developed and led Governor Mike Pence’s forward operation,” the website reads.

Unes’ specific role or duties in the memorial services for Senator Dole have not been disclosed by the Elizabeth Dole Foundation.

Senator Dole, who died Sunday at the age of 98, is in state Thursday at the Rotunda of the United States Capitol.