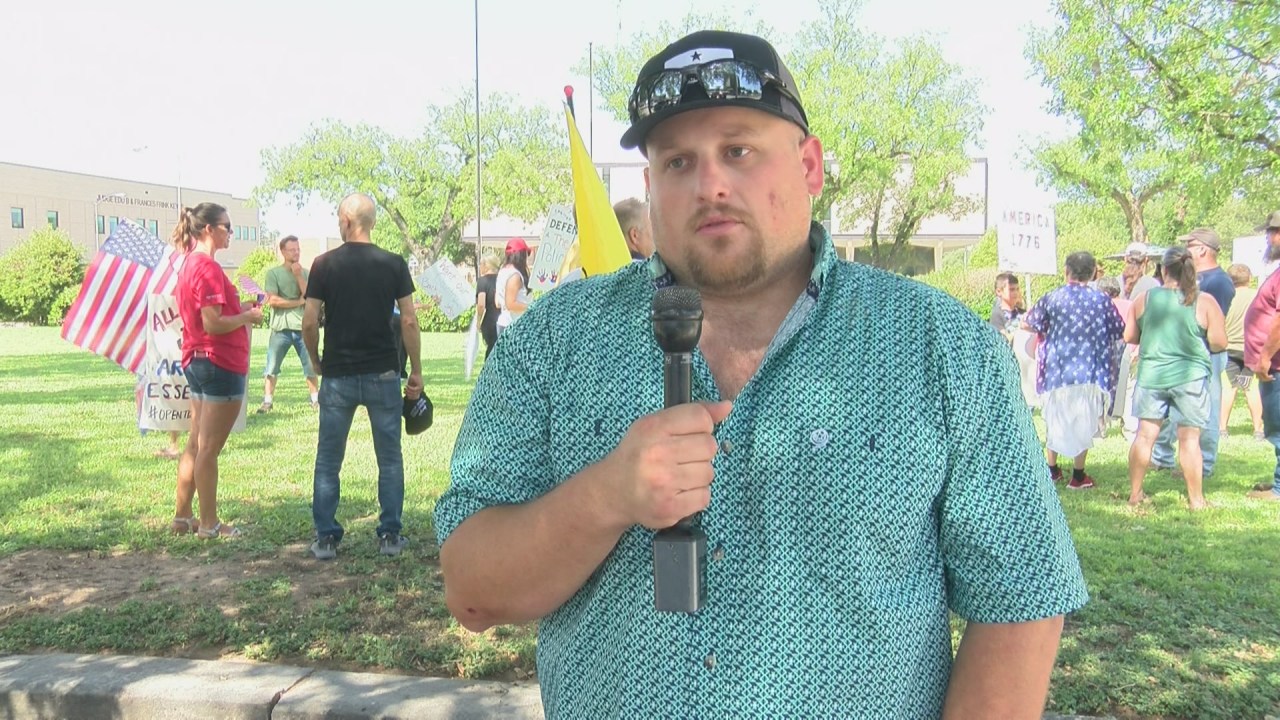 Caleb Wallace, the co-founder of the San Angelo Freedom Defenders and West Texas Minutemen State Coordinator has died of causes related to COVID-19, according to an update on gofundme by his wife, Jessica Wallace.

“Caleb passed away peacefully. He will forever live on in our hearts and minds ❤️,” reads the latest update on the campaign that has been set up to help Wallace’s three children and his wife, a stay-at-home mom who is expecting a fourth child in late September. .

“This money is also being used for Caleb’s medical bills as they start coming in,” read an update to the campaign description, “He has now been in the hospital since July 30. and I know that I have to prepare for that too. I have to pray for the best and prepare for the worst.

While Wallace had become a semi-regular fixture in local news thanks to his conservative activism, it was his battle against COVID-19 that captured national attention after his family’s struggle was featured in an article published in the San Angelo Standard Times on Sunday, August 22, 2021.

His organization of the “Freedom Rally”, a demonstration against national and local mask requirements during the summer of 2020, made him a figure of some prominence among members of the community who opposed the mask mandates.

This opposition to coronavirus mitigation measures like mask mandates led Wallace to found the San Angelo Freedom Defenders with like-minded local Coco Simpson. Freedom advocates have held local rallies like the San Angelo Freedom Parade in July 2020 and the October 2020 Rally to End the Tyranny of COVID-19.

“It soothes the loudest 1-2% and leaves us behind,” Simpson said in an interview about Gov. Greg Abbott’s mask mandate in July 2020, “If you want to wear a mask, feel free I don’t choose to and I shouldn’t wear it because it makes you feel better.

Wallace would have believed that the vaccination mandates were also a violation of people’s constitutional rights. In an article published in The New York Times on Friday, August 27, 2020, Wallace’s father attested to his son’s stance against vaccine and mask requirements, saying, “After observing all government efforts here he decided he wanted to do something about it”

“I can’t tell the difference if I have the freedom to breathe free air or breathe it behind…to suck air behind this thing,” Wallace said, addressing local officials during from a COVID-19 update hosted by the City of San Angelo in November. 13, 2020.

“My health has nothing to do with you. As harsh as it sounds, but our basic constitutional rights protect that. Nothing else.” said Wallace.

“I’m sorry if that sounds brutal and I don’t care. I do care. I care more about freedom than your personal health.

Wallace’s most recent public action came in the form of an open letter, published locally on April 10, 2021, to the San Angelo Independent School District calling on the school board to “immediately rescind ALL COVID-related policies!” »