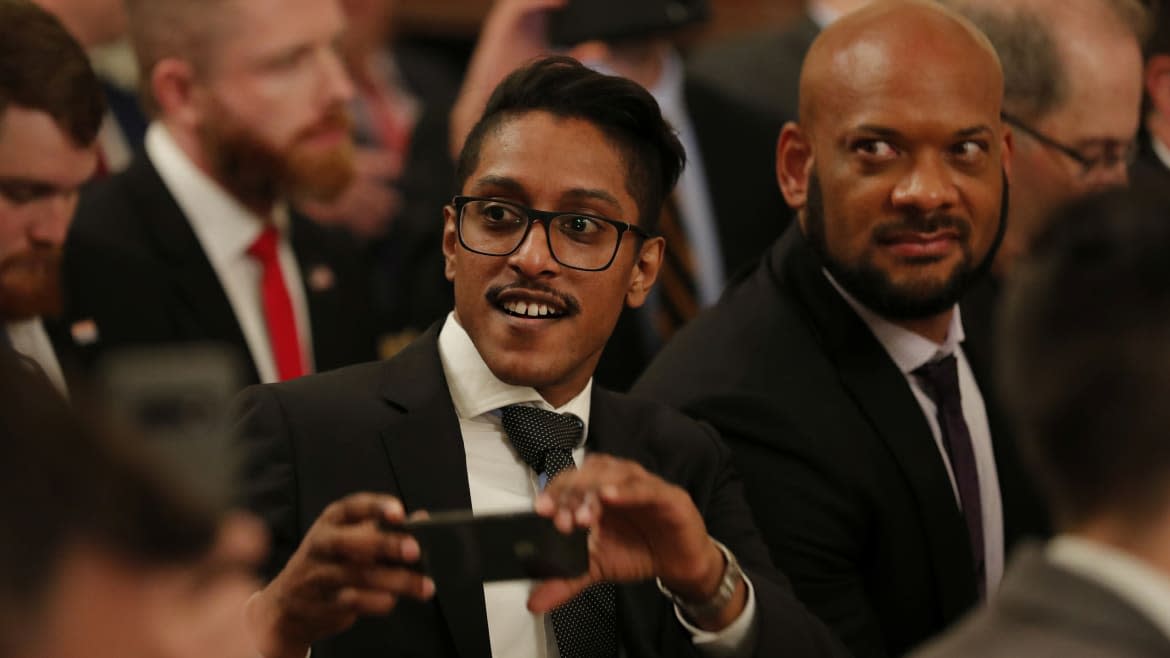 An early Saturday morning Telegram the appeal took an unexpected turn, as on January 6, the organizer of the rally “Stop the Steal” Ali Alexander– which Congress subpoenaed – splashed a series of random thoughts against the brains of about 30 listeners while declaring Congress wanted to see him dead.

â€œIn fact, I was moved by sadness. I was empathetically moved to mourn the loss of sanity among otherwise well-meaning people, â€Alexander said at the start of the call, apparently linking a string of words he calledâ€œ very beautiful â€.

The leader cited to appear on January 6 loses it after the indictment of Bannon: “Accept that you will die”

Alexander, who is no stranger to long diatribes, went on to say that he had been charged with much of his own “legal preparation” in light of being subpoenaed by the House committee investigating the Capitol riot because one of its lawyers has been “hospitalized” in recent days and his other lawyer has fallen with COVID-19.

â€œI’m doing all this legal preparation for myself,â€ he said. “I mean, my full-time job right now is to comply with Congress.”

Nearly half of the bizarre appeal, the far-right activist went on to harness what he claimed to be a unique and deeper mindset that gives him a greater perspective on the world, revealing that the Congress is made up of “forbidden beings” who seek to be six feet under.

Alexander, more and more focused, said the Speaker of the House Nancy Pelosi (D-CA) “hate my kind”, to then lay a misogynistic and sexist cover against the Democratic leader.

Finally, between sporadic biblical references, the activist took the opportunity to compare taking acid to prayer. â€œWhen you pray for your enemies it becomes very introspective,â€ he said, comparing spellcasting and praying for enemies to consuming acid. “And I would have participated [sic] in LSD sometimes. I felt it, “he said.” I saw it. “

For good measure, Alexander told his followers to channel Yoda’s state of mind, apparently when not on an acid trip. “You have to study Yoda,” he said while adding that the far-right conspiracy theory QAnon is a “false prophet”.

Responding to this story, Alexander wrote in a statement, sent through his lawyer: â€œI have broadcast live how my Christian faith prevents me from hating members of the select committee who oppose me and to my political views. We need more love.

In late November, he said he would comply with the Congressional subpoena arising from his role in programming before the Capitol Riot because he failed â€œMoney to spend on legal feesâ€.

Do you have any advice? Send it to The Daily Beast here

Get our best stories delivered to your inbox every day. Register now!

Daily Beast Membership: Beast Inside digs deeper into the stories that interest you. Learn more.